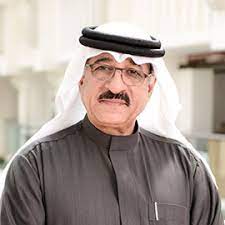 Dr. Abdulla Y. Al-Hawaj, the Founding President of Ahlia University, ranks in the top echelon of educational leaders in the Arabian Gulf. His incumbency in numerous managerial posts in prestigious organizations associated with educational development at a national level, his academic accolades from esteemed institutions, attests to Dr. AlHawaj’s being in the vanguard of higher educational reform in the Kingdom of Bahrain. In recognition of Dr. Al-Hawaj’s trail blazing contributions in the sphere of educational advancement in the Kingdom of Bahrain, he was appointed — by royal decree – as a member of the Supreme Committee for the Kingdom National Charter, in which he serves as the coordinator of its Educational Committee. Among his portfolio of managerial responsibilities is his membership in Higher Educational. Moreover, Dr. AlHawaj, since 2001, has served as the President of the Bahrain Association for Academics. He holds a Ph.D. and M.Sc. in Applied Mathematics from the University of Manchester (UK) and a B.Sc. (Hon.) in Mathematics from the University of Kuwait.

Dr. Al-Hawaj launched his distinguished academic career at the University of Bahrain, in which he held the successive posts of Dean of Student Affairs, Chairman of the Department of Computer Sciences, and Chairman of the Department of Mathematics.  He attained the rank of Professor of Mathematics at the University of Bahrain and continued to serve the University of Bahrain in that capacity until 2005. Dr. Al-Hawaj’s profound contributions to the fields of Mathematics, Computer Sciences, and Education through numerous research papers, books, media debates, and public discussions are vast. His unstinting dynamism, paradigm-shattering innovation and superlative achievement in the academic and social arena have accorded him a number of prestigious awards and honorariums.

Dr. Al-Hawaj has extensive experience in leading large multi-dimensional institutions. His signature use of pragmatic and innovative thinking in solving complex educational and business issues stems from his strong managerial and educational background. He is widely acclaimed as a pioneering architect of the private university in the Arabian Gulf and a leading proponent of excellence in Higher Education in the whole of the Middle East. Recently, he was elected as the President of the Association of Private Universities in the GCC countries and the Chairman of the Executive Office of The Association of Arab Private Institutions for Higher Education.